I wanted to love “Battle of the Sexes.” I did not. 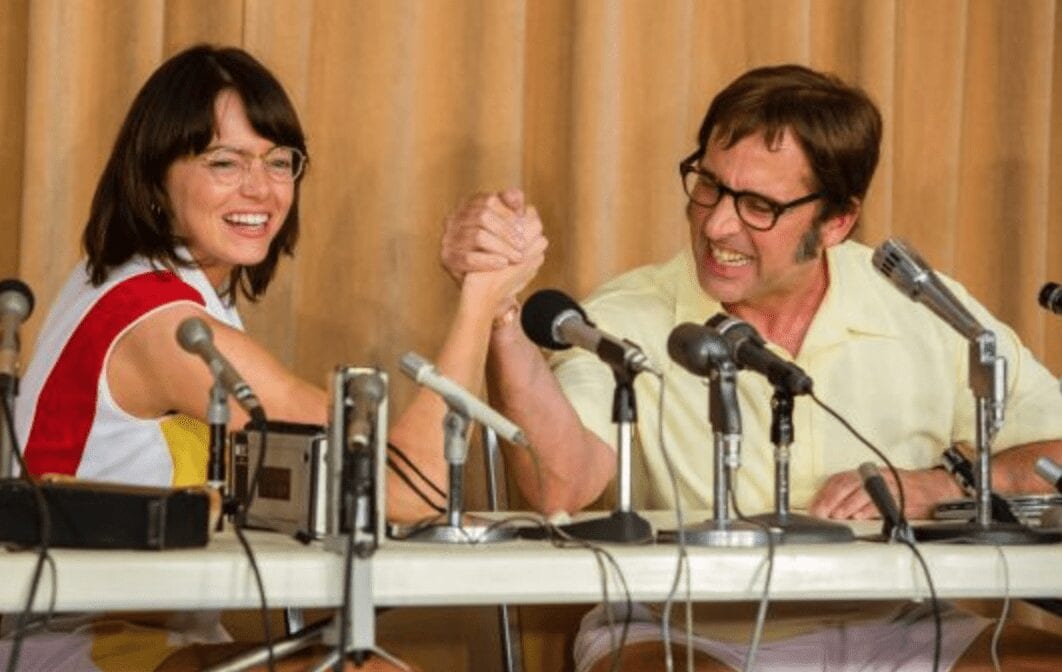 “There’s no way that was written by a woman.”

Such were the exact words of the wife shortly after we exited the theater, having sat through the 121-minute slog that is “Battle of the Sexes.” And, indeed, she was correct. Although the story of Billie Jean King and Bobby Riggs belongs to, well, Billie Jean King and Bobby Riggs, the dialogue and narrative arc of this cinematic dung log are the byproducts of Simon Beaufoy, a 50-year-old Brit whose past credits include “Slumdog Millionaire” and “127 Hours.”

Wait. Wait. Before I bash—an important point must be made. We desperately wanted to love this film. Desperately. The wife is an enormous King fan. I am an enormous fan of funky twists in sports history. So the potential here was gigantic. And yet, it was two hours of suppressed yawns; of watching our 11-year-old son squirm in his seat; of hoping the saltiness of the popcorn could somehow expunge the utter lack of charm emerging from the screen.

Worst of all? The film missed the mark time after time after time. Much of the plot was devoted to King’s affair with Marilyn Barnett, which would be sorta kinda fine had Beaufoy and Co. not reduced a complicated relationship in a complicated time period to—as Jill Gutowitz wrote—something “alternating between a lighthearted dramedy and a Nicholas Sparks romance” The tennis scenes were uninspired and flat; like, according to Michael Grant, “a slow motion version of pong.” Steve Carell was wonderful as Riggs and Emma Stone excellent as King, but we never quite understand what Sarah Silverman is doing as Gladys Heldman (it was weird—major character; no identification) and Elisabeth Shue as Priscilla Riggs is just … bizarre. Oh, a solid 20 percent of this stuff could have been cut. Maybe 25 percent.

There’s also the same shit that always plagues sports movies: The need to inspire; to give us moments that make us feel good about themselves (but that, ahem, never happened). In “Remember the Titans,” Coach Herman Boone is a legend. In real life, he sorta sucks. In “We Are Marshall,” the team chants “We! Are! Marshall!” on the plane right before it crashes. In real life, that saying didn’t exist until after the disaster. And here, in real life, King’s lover doesn’t arrive inside her dressing room at the Astrodome 10 minutes before the match against Riggs begins. In real life King doesn’t jog back onto the court after dispatching of the old sexist—and start dancing. In real life, Riggs isn’t alone in the dressing room following the loss, only to be comforted and embraced by the wife who left him. In real life … well, you get the idea.