Myeshia in the age of ugly 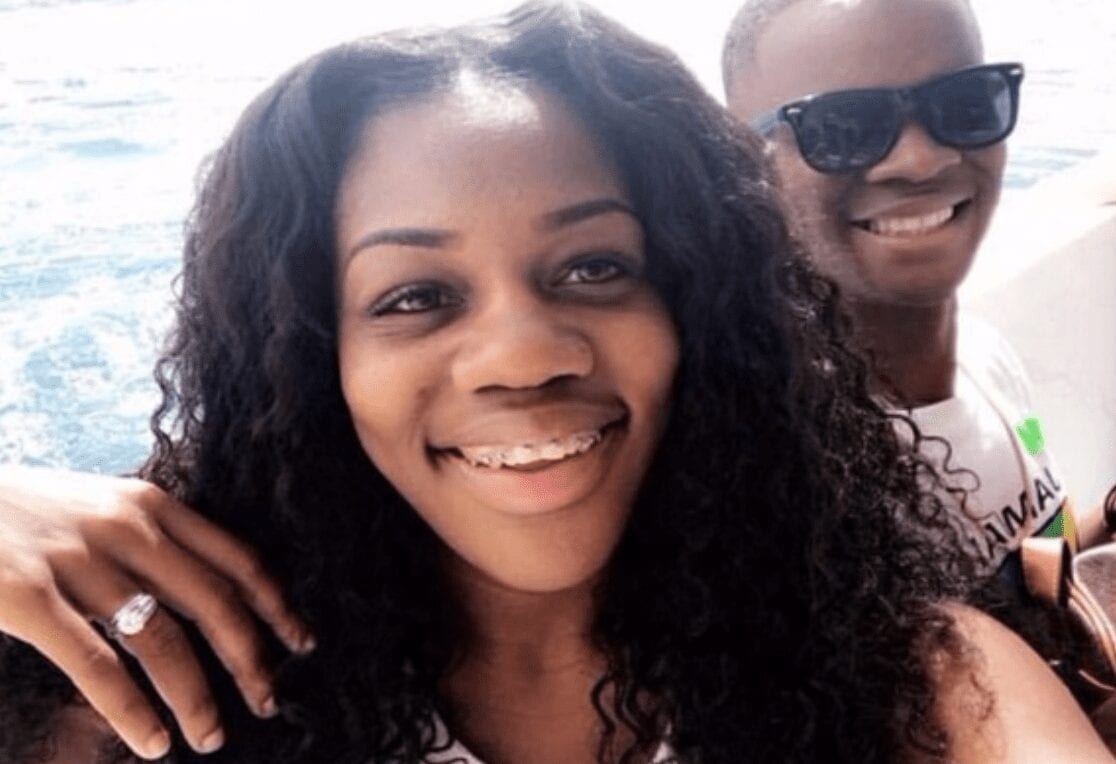 Myeshia Johnson, the widow of Sgt. La David Johnson, appeared on Good Morning America today to speak about her late husband, as well as the phone call she received from the president. Here’s a segment …

So, for me, this seems to be a pretty basic one: Soldier dies, government doesn’t really acknowledge his death or explain what happens in Niger. Widow receives a call from the president, who is as classless as usual. Congresswoman in the car speaks out about president’s awfulness, then widow backs it up.

I mean, what’s to debate or argue? Even if you love Donald Trump, is it wrong to say, “Jesus, he screwed that one up?” 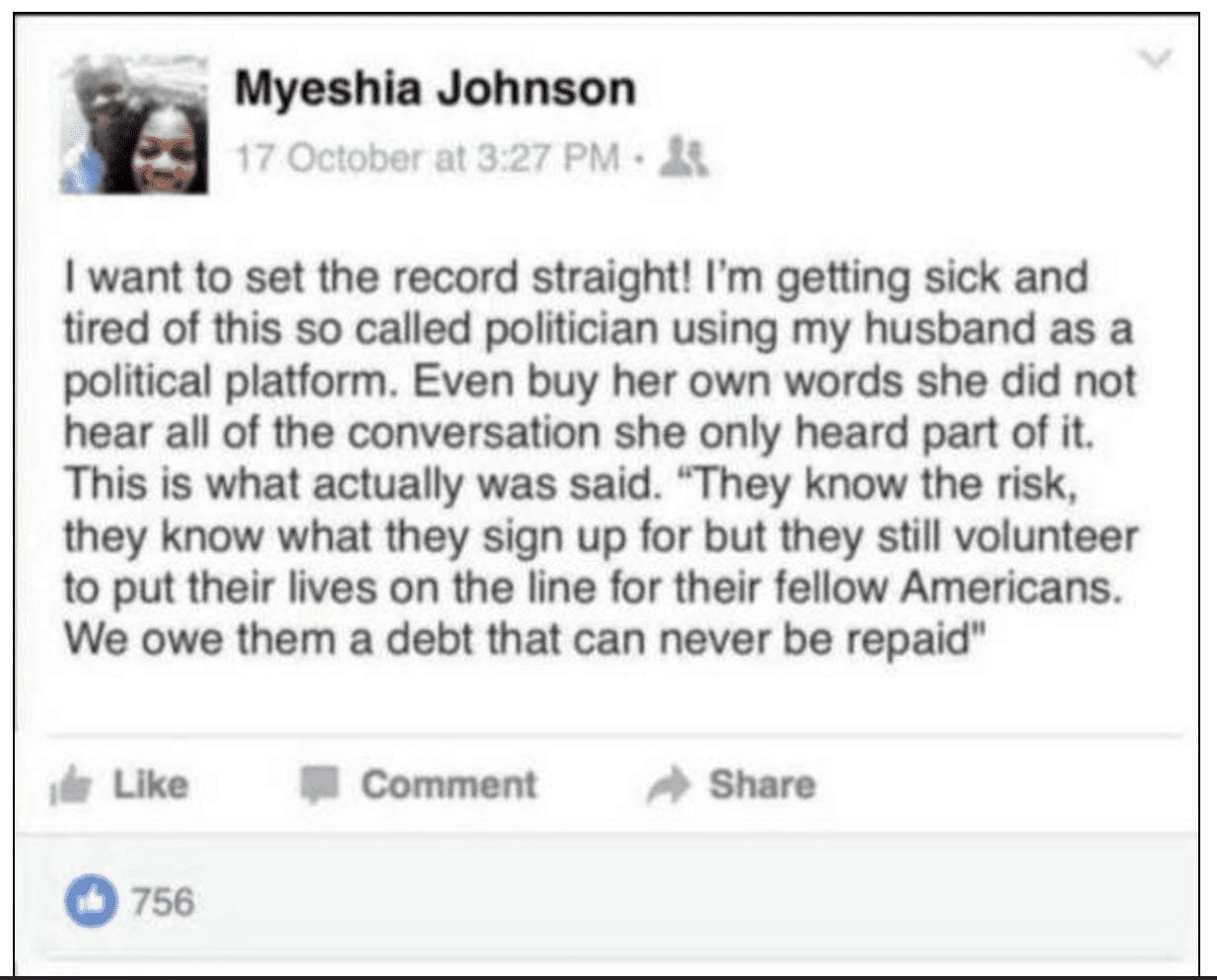 In this era of #fakenews, it’s actually quite easy to find out if something is, well, #fakenews. And the above post is 100-percent fake. First, for base morons, there’s the shape—an antiquated figure no longer used by Facebook. But there’s also this thing … the, um … eh … Google. Yeah, the Google. Which would lead someone to this.

Of course, this only works if you actually seek truth. Otherwise, you can survive and thrive as sadistic dolts like @lfh1744 and @TallahforTrump and tons of others do: By spreading lies, spreading hate and laughing all the way to the dumpster.

PrevPreviousI wanted to love “Battle of the Sexes.” I did not.
NextGoddess AlexaNext