“Dad, do you know what this song is about?” 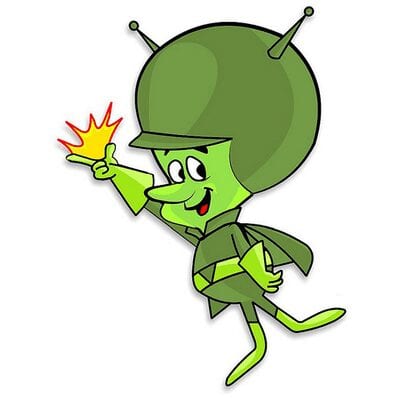 So earlier this evening I picked up my daughter from a friend’s house. Casey is 14, perky, smart, plays water polo and does swim team. Her musical tastes are pretty eclectic, thought her interest in hip-hop is minimal.

Anyhow, as she entered the car I was listening to Vic Mensa’s “The Autobiography.” It was just on shuffle, and the song being played was “Rollin’ Like a Stoner.”

Casey saw the name, then said, “Dad, do you know what this song is about?”

I proceeded to tell her about my full experience with pot. Which isn’t particularly full at all. I’m almost 46, and I average one joint every 23 years. Or, put different, I’ve only smoked twice—both with my college girlfriend, both inside her collegiate apartment. The first time, I felt nothing and considered it a big waste of energy and effort. The second time … well, it was different. I remember getting pretty fuzzy, and feeling as if I was wearing the helmet belonging to the Great Gazoo of Flintstones fame. We actually took hits from a bong, and kissing my girlfriend was memorable, because her lips were warm.

And … that was that.

Why haven’t I smoked more? I think, mainly, because I knew a ton of stoners, and—cliche be damned—they always seemed so indifferent and unmotivated. My entire college existence was about getting somewhere; busting ass and climbing up the journalism ladder. I didn’t really have much interest in taking tokes while lounging on a beanbag chair and listening to Bob Marley.

Instead, I just drank my grape Mad Dog 20/20, then vomit into a toilet.

(I didn’t mention that part to the kid)