The 25 best players in USFL history: No. 12—Reggie White 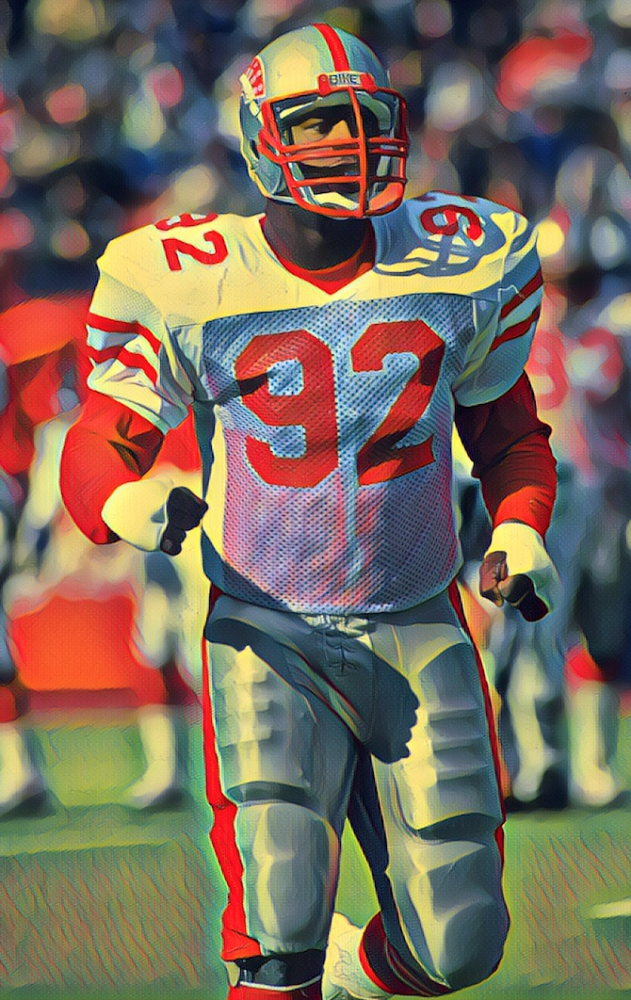 But at least I admit I’m biased.

So why do I have the 6-foot-5, 291-pound future Hall of Fame outside of the Top 10? Well, three reasons. One, while White was tremendous with the Showboats, he wasn’t half the player he’d become in Philadelphia and Green Bay. Two, he was not particularly good against the run in the USFL. And third, he pretty much had one move in the mid-1980s—slug the living shit out of opposing linemen until they crumble.

And, indeed, that worked. But it wasn’t until reaching the NFL that White developed his dips, his spins, his twirls, his speed-power merging. Truth be told, Reggie White wasn’t even the USFL’s most-feared pass rusher. That was … well, keep reading this series. He’s coming in a few days. 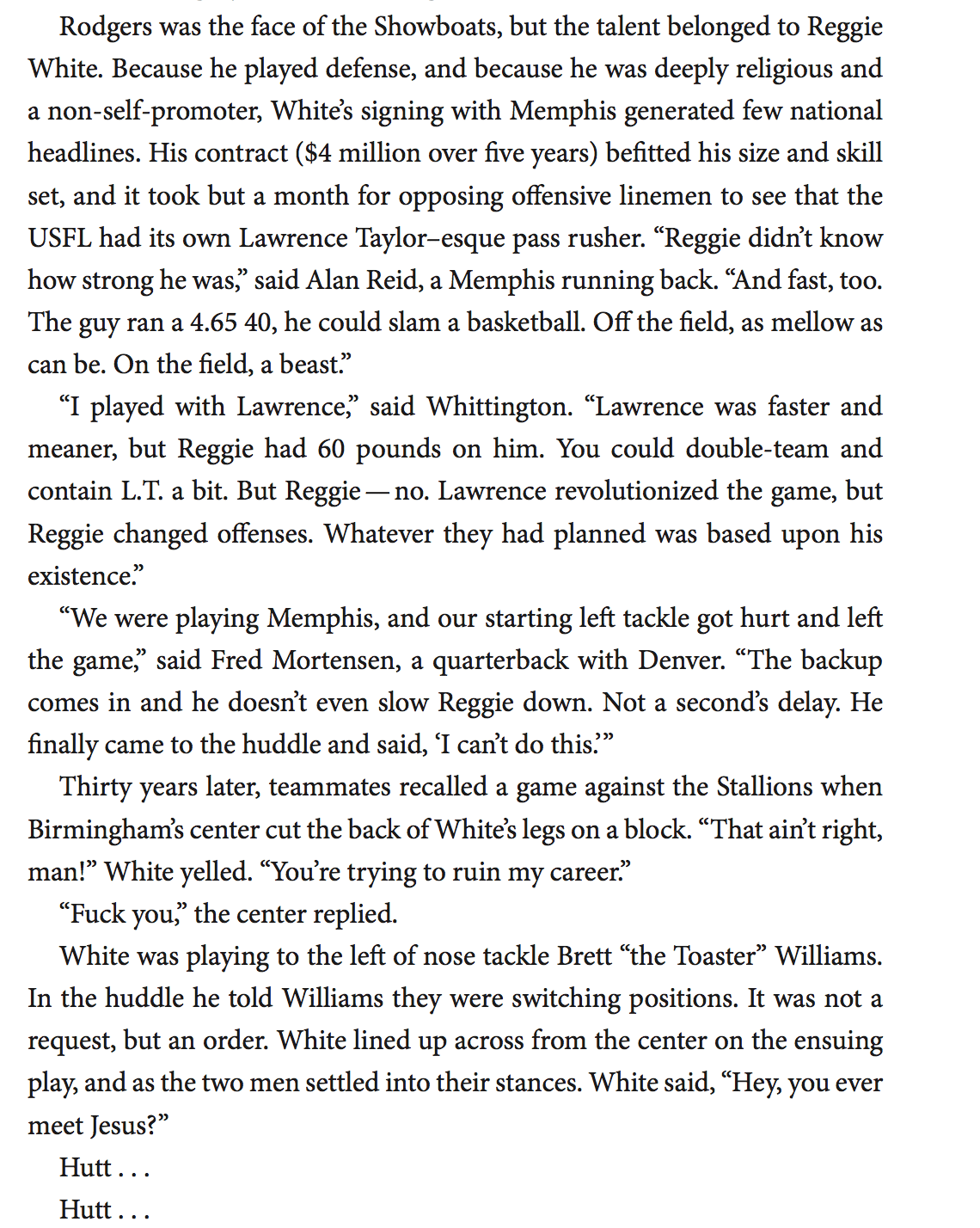