The 25 best players in USFL history: No. 5—Jim Kelly 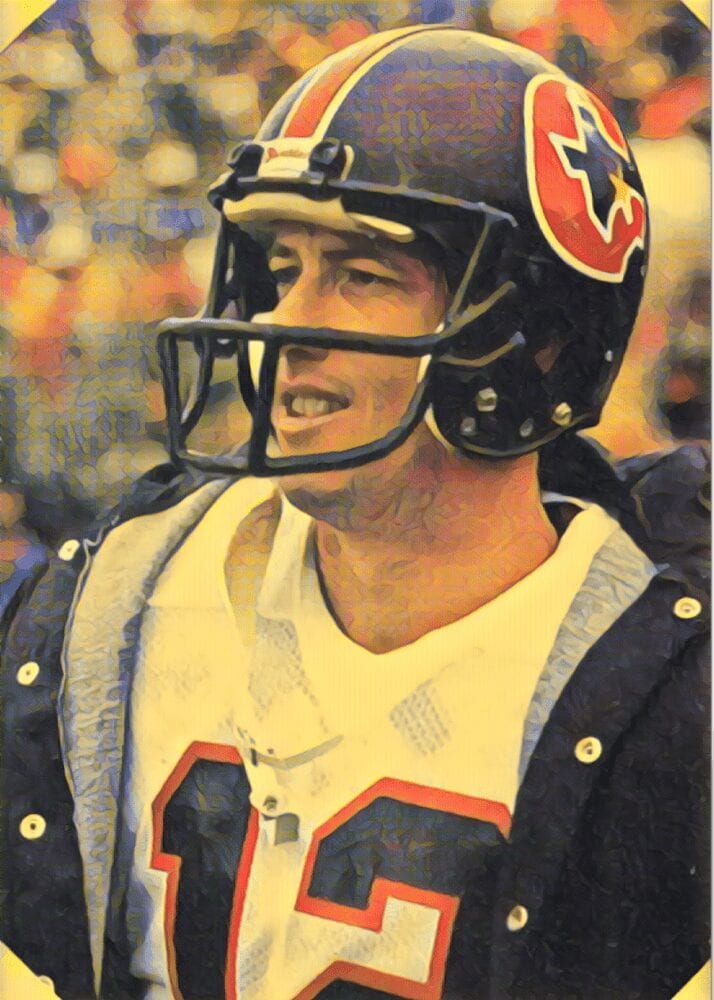 Jim Kelly was a nuclear attack in his two USFL seasons. Coming out of the University of Miami, he was a cocky, cocksure, strong-armed quarterback who desperately did not want to play for the Buffalo Bills. So he signed with Houston and found himself running Mouse Davis’ run ‘n’ shoot offense, which featured no tight ends and four or five wide receivers on every down.

Kelly initially hated the system. He was a kid who grew up dropping back and letting the football fly. Now, under Davis, he was being asked to roll and make quick reads and identify and throw. It was initially jarring and uncomfortable, until it turned fantastic and awesome. In his first season with Houston, Kelly threw for 44 touchdowns and 5,219 yards (both professional football records, though they were accomplished over 18 games). He was also sacked 75 (yes, seventy five) times, also a mark that had never been matched. The next year, Kelly launched 39 more touchdown passes and compiled 4,623 passing yards.

The offense was electrifying, Kelly was unstoppable, Houston was in love.

But there were better USFL players, one of whom was a (gasp) quarterback. 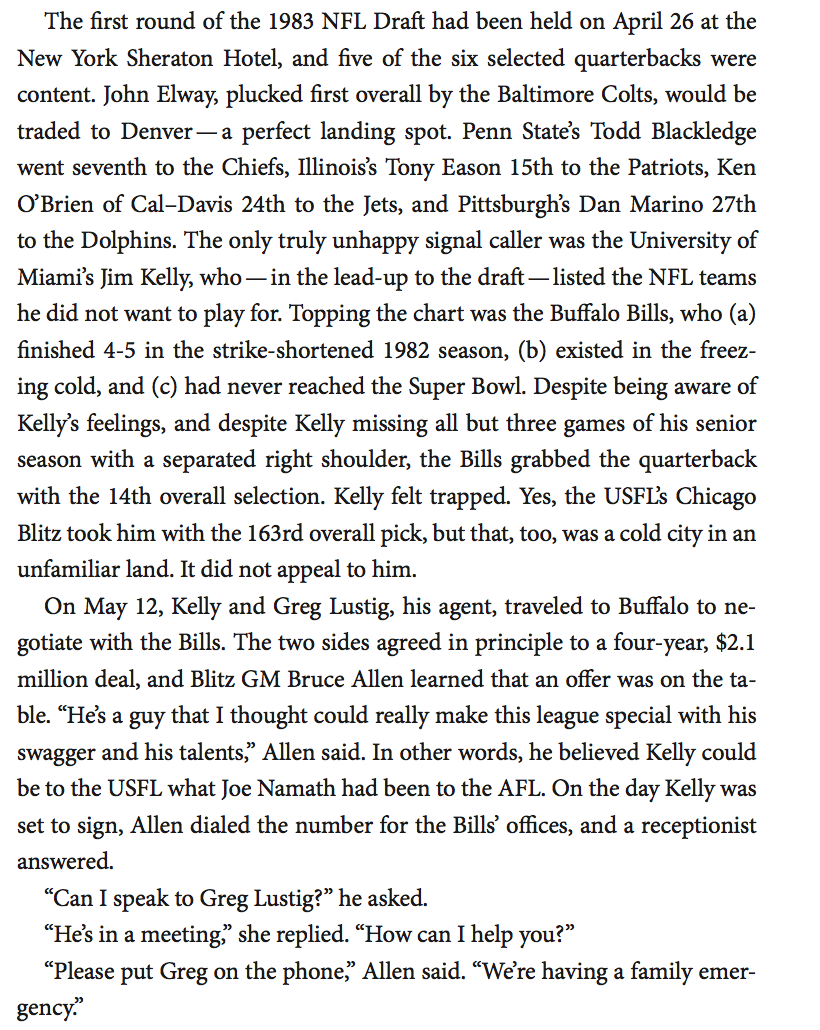