The 25 best players in USFL history: No. 3—Herschel Walker

Herschel Walker is the most important player in USFL history.

When he arrived before the 1983 season, he set the sporting world aflame. Walker was coming off a Heisman Trophy season at the University of Georgia and—naturally—he would be returning for his senior year to defend the title and help the Bulldogs win a national championship.

Hell, it was all but written. The NFL didn’t allow juniors to enter the draft so Walker had to be heading back to Athens for …

Walked wanted to turn pro. The USFL wanted a Joe Namath-esque figure to herald its arrival.

And, truly, his three-year USFL run was spectacular. As a rookie in 1983, he ran for a league-best 1,812 yards and 17 touchdowns. The following season, battling through injuries, he still gained 1,339 ground yards and 16 more scores. And then, in what must be considered one of the greatest professional seasons for any position and any league, Walker broke the pro football record by rushing for 2,411 yards on 438 carries. He is the USFL’s all-time leading rusher … by more than 1,500 yards over his runner-up, Philadelphia’s Kelvin Bryant.

So why isn’t Herschel Walker No. 1?

A. There were two guys who were better.

B. He never won a title.

C. He had severe limitations. Walker was fast and powerful, but made few people miss. He was terrific out of the I Formation but bewildered out of a single-back set. He could catch, but not the tough balls.

In short, he’s an all-time terrific football player who probably belongs in the Pro Football Hall of Fame.

He’s simply not among the two greatest. 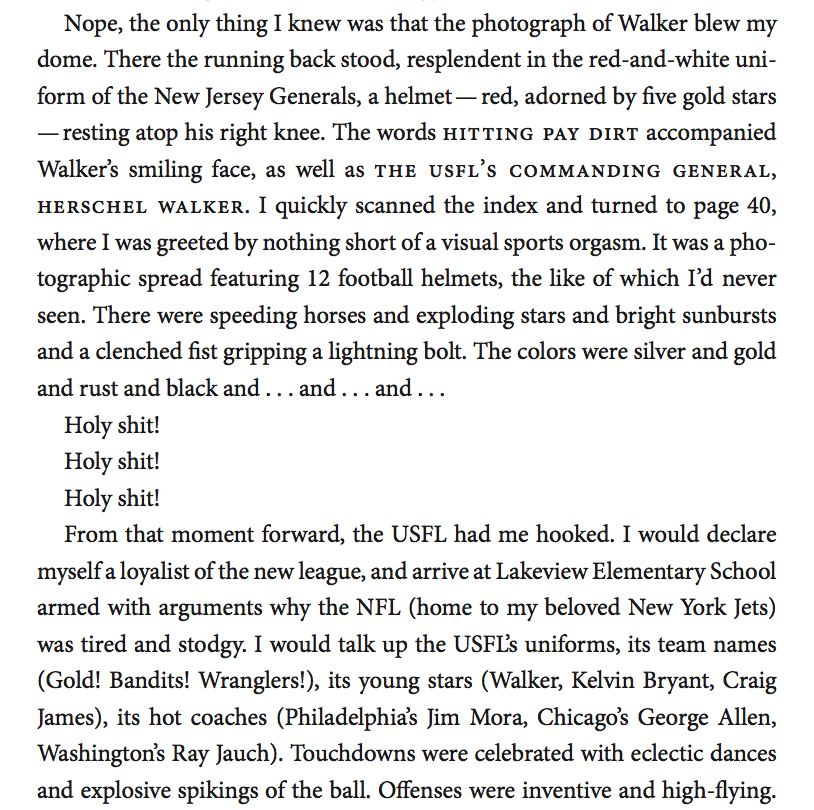