On Matt Morrill and the 116th Congress 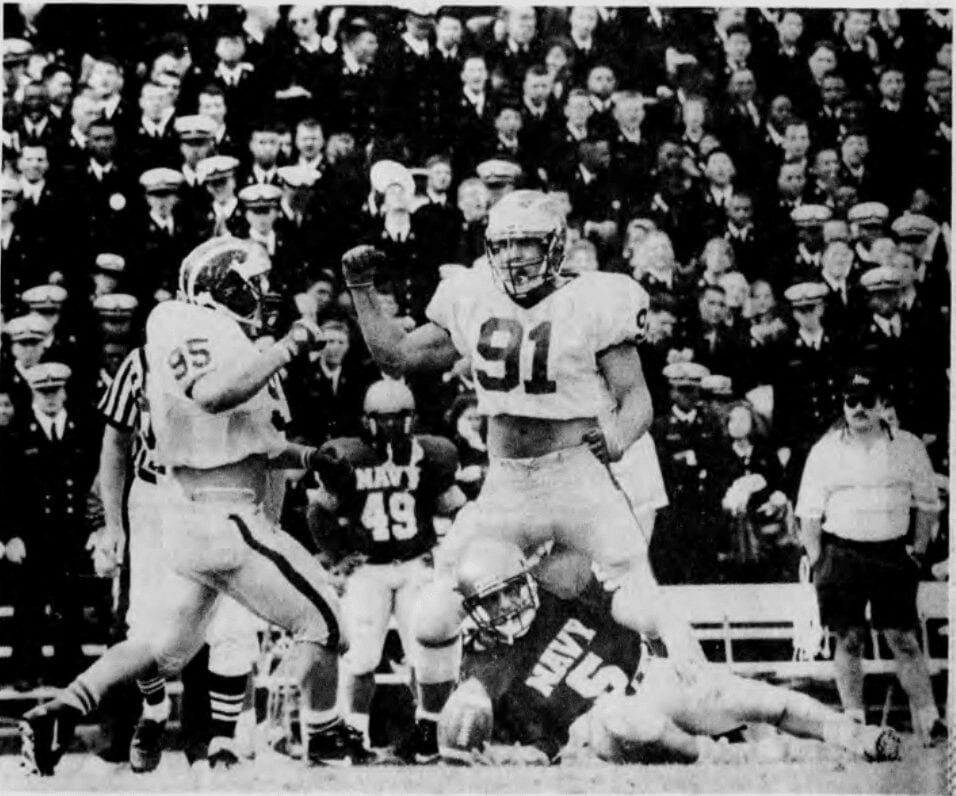 The above image is from a 1993 football game between Delaware and Navy.

The man pictured, No. 91, was a defensive lineman for the Blue Hens named Matt Morrill. I was 21 at the time of this photograph. Matt was 22. Delaware boasted a really strong Division I-AA football program, and Matt was—hands down—our best pass rusher. He was big, bullish, fast, powerful. A 6-foot-4, 240-pound blur of quarterback nightmare. In my time covering the Hens, there were two pass rushers who truly caught my eye. One, Dwayne Sabb of New Hampshire, went on to play NFL seasons. Morrill was the other.

I remember, shortly after the season, being in the same bar as Matt, and someone asking him about his life. “Yeah,” he replied breezily, “I’m with the Philadelphia Eagles now.” 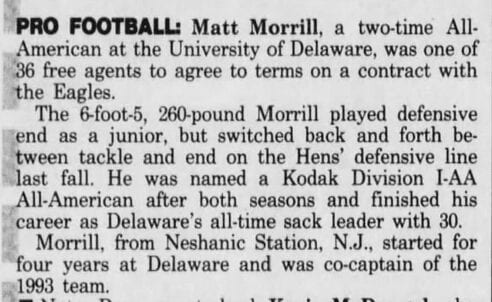 Then this, from a few months later … 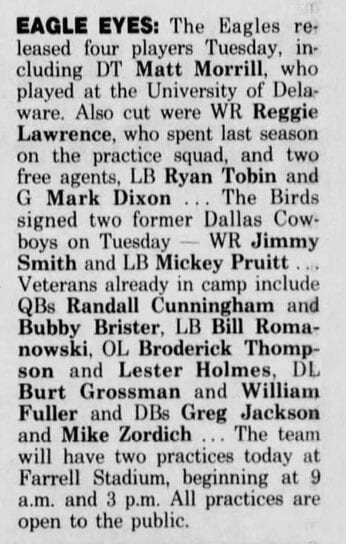 And Matt Morrill got me to thinking about, of all things, the 116th Congress, which was sworn in under the leadership of Nancy Pelosi. I watched today, joyfully, as young, optimistic, upbeat, enthusiastic men and women gathered together to celebrate their achievements. To envision what can be and what, hopefully, will be with hard work, dedication, effort.

But there’s no guarantee. Ever. Matt Morrill was a beast. But he wasn’t an NFL beast. Maybe he was a tad too small. A tad too slow. Maybe he wasn’t strong enough. Or didn’t juice enough. Maybe he wanted the fame, but sans the doggedness. Who knows?

And while many of our newly elected representatives (Democrat and Republican) will go on to do great things, history suggests a fair number will never exceed the accomplishment of Jan. 3, 2019; of reaching office; of telling people in a Georgetown bar, “I’m with Congress now.”

That would be a shame.